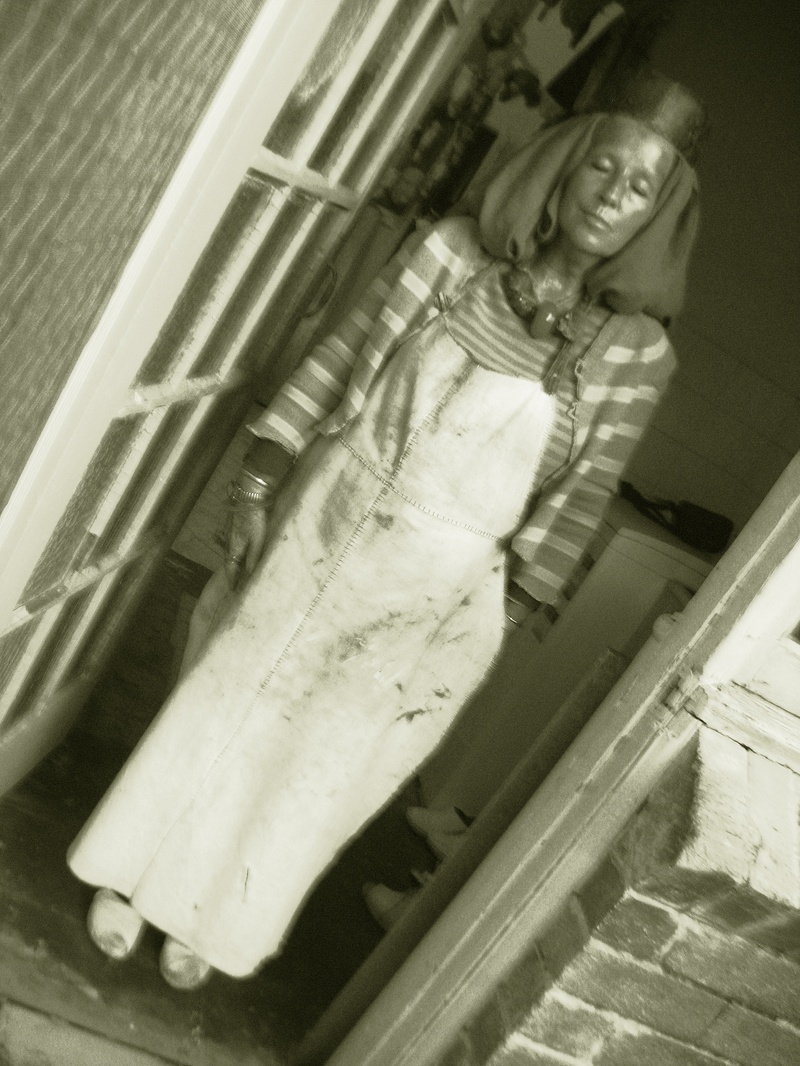 ithout electricity or running water, keeping her paintings in cupboards instead of food. Her work is disarmingly original and not easily pigeon-holed, nor does the term "outsider" sit easily with her, suggesting as it does someone who is untrained. Conrad's paintings and clay sculptures possess a focus that reflects a rigorous self-training. When asked how she herself characterises her work, she laughs: "the spillings of the unconscious!"

Since the late 1990s, Conrad's interest and attention has turned more and more to the medium of dramatic writing and film-making in particular. She has directed three films, including JELLY'S PLACENTA, and the feature documentary, HERETIC (co-directed with Agnieszka Baginska) which she also wrote and designed.

Conrad's poems, monologues and "two-handers" have appeared in numerous print journals, magazines, and newspapers around the world. The poet, Billy Marshall Stoneking, has described the experience of listening to Conrad speaking her poetry as "tribal, unearthing some deep, instinctual understanding that has been buried in the unconscious. She is bardic."

Conrad's paintings, clay icons and artistic theories have been the subject of three documentary films, and her paintings and other works shown by major galleries and museums in the United States, Australia, New Zealand, and Europe.

She is the daughter of the English painter, Patrick Hayman. Conrad currently lives and works in Sydney.

(photo above, Conrad in her painter's apron, 70 years old)